Sustainability, the Key to Survival in Ethanol Production

No one needs to be reminded of the difficulties and complexities 2020 has presented. Like the famous philosopher once said, "It's difficult to remember that your objective was to drain the swamp when you are up to your butt in alligators." Nonetheless, it is impossible to ignore the problem of continuing to espouse an ethos of clean and green while neglecting one of the fundamental pillars of sustainability, which, for many, is a basic tenet of their business.

The term sustainability is broadly used to indicate programs, initiatives, and actions to preserve a particular resource. Usually, this is defined as being made up of three pillars: the economy, society, and the environment. Or more informally- profit, people, and the planet. The long-term viability of any business hinges on leadership's ability to deal with the challenges and opportunities presented in all these arenas.

Ethanol production unquestionably contributes to all three areas. It supports farmers and creates domestic jobs, and reduces the pressure to drill in environmentally-sensitive places, such as the north slope of Alaska, the Arctic Ocean, and the Gulf of Mexico. Ethanol's benefits continue with providing a lower-cost choice for consumers, lower carbon dioxide emissions, and the same or lower hydrocarbon levels and oxides of nitrogen emissions. All of that undeniably falls in line with the stated goals of the industry. What does not is the continued use of antibiotics in ethanol production.

For decades, ethanol producers have added antibiotics to the ethanol fermentation process to control bacterial contamination. They have generally claimed the antibiotics are rendered inactive by the relatively high temperatures present in distillation. As far back as 2008, the Food and Drug Administration began testing dried distillers' grains (DDGS) for antibiotic residues, and test results came back positive for multiple antibiotics. Numerous subsequent evaluations have produced similar results. So, we once again have the familiar trajectory for how unnecessary and potentially burdensome regulatory oversight comes into play.

First, industry and trade associations publish their version of a situation, making statements that protect and defend the industry practice and generally try to maintain the status quo. Meanwhile, scientific literature published around the state of affairs either concurs with or attacks the accuracy of these trade association publications. If the scientific literature calls into serious question the accuracy/safety of the industry and trade association material, a controversy materializes. In that case, the government (FDA, USDA, EPA, etc.) does a study, ends the debate, and makes a policy statement. This is frequently followed by legislative and regulatory actions aimed at restricting or prohibiting activities deemed to be harmful or destructive. The publicity around the dispute is never a positive thing, particularly when it involves issues that the public can perceive as deceptive or self-serving at the expense of the public well-being.

As early as 1945, Sir Alexander Fleming, the discoverer of penicillin, raised the alarm regarding antibiotic overuse when he warned that the "public will demand [the drug and] … then will begin an era … of abuses".

The World Health Organization (WHO) addresses the problem with their fact sheet that lays out specific actions for antibiotic suppliers and end-users. Other organizations, including the Centers for Disease Control and Prevention (CDC), continue to track and report on the growing problem. The FDA stated to Congress that it supports a ban on the non-therapeutic use of antibiotics in the raising of food animals.

All of these measures point to a future where antibiotic use is more rigorously controlled. In its own self-interest, the ethanol industry should join with the livestock sector and other industrial users and move to end the use of antibiotics where not medically necessary. Fortunately, there are existing alternatives to antibiotics used for controlling bacteria, and ethanol producers are already putting these alternatives into practice. 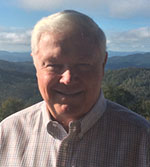